“Charming and unpretentious – Out in the Styx is a homely guesthouse, with the supremely magical Sanctuary Mountain in its backyard”

Our home is your home for your stay, which is why we insist on Dinner, Bed & Breakfast, we want you to take time and connect with our corner of the world.
Listen to the bird call from the comfort of the spa pool, delight in the fairy lights of glow worms on a Maungatautari night walk, test your mettle on the full day hike, or cycle the nearby River Trails to discover the many moods of the mighty Waikato river.

Our place in Waikato 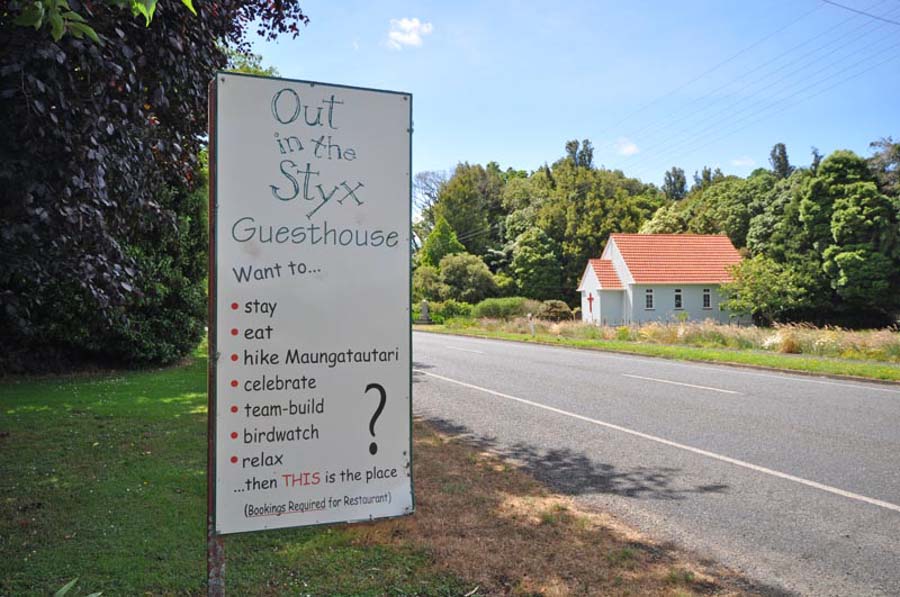 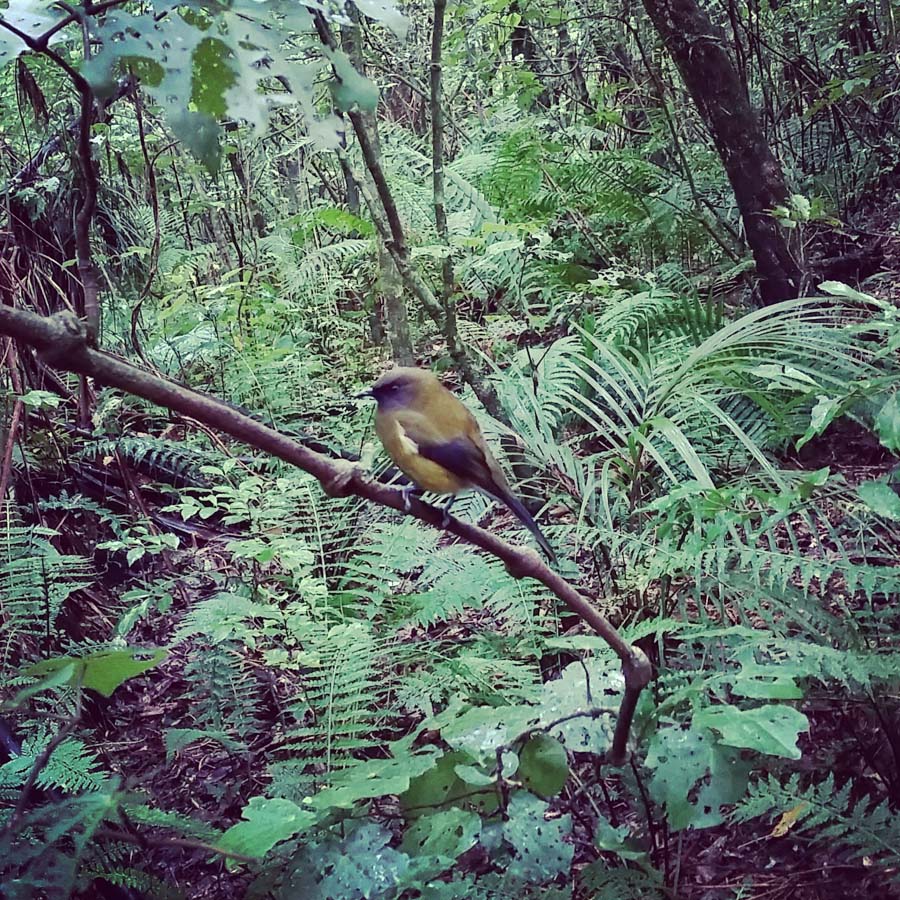 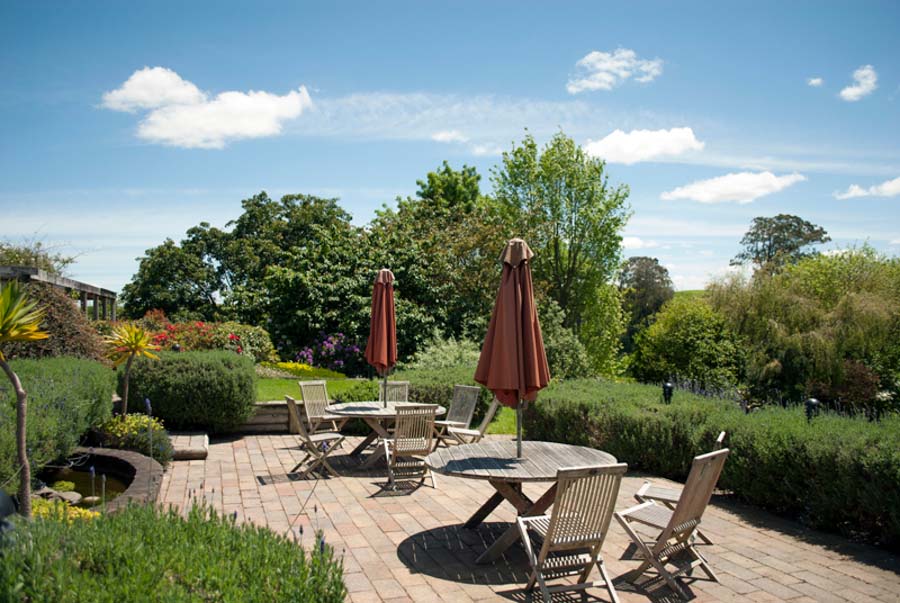 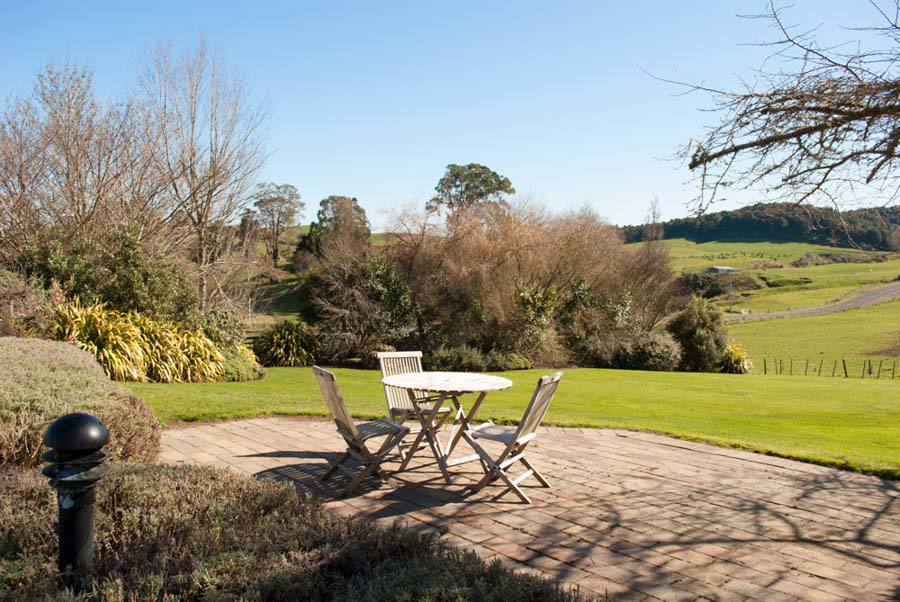 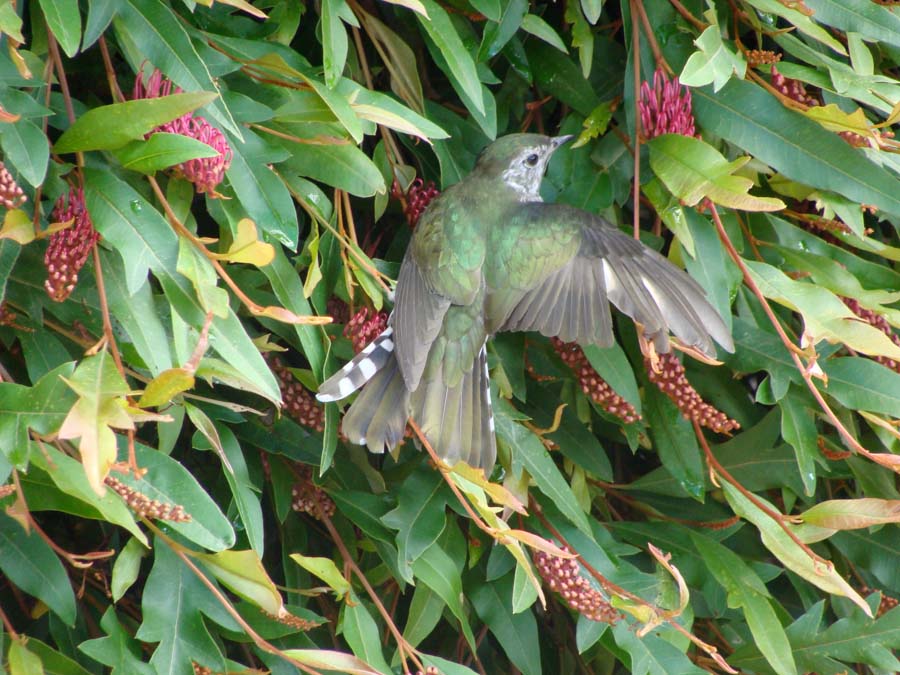 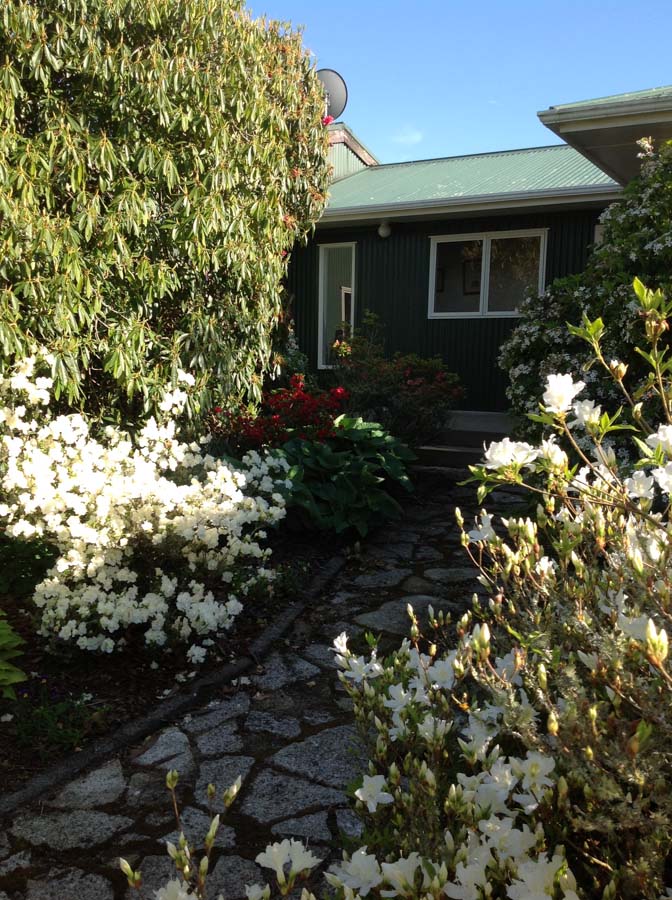 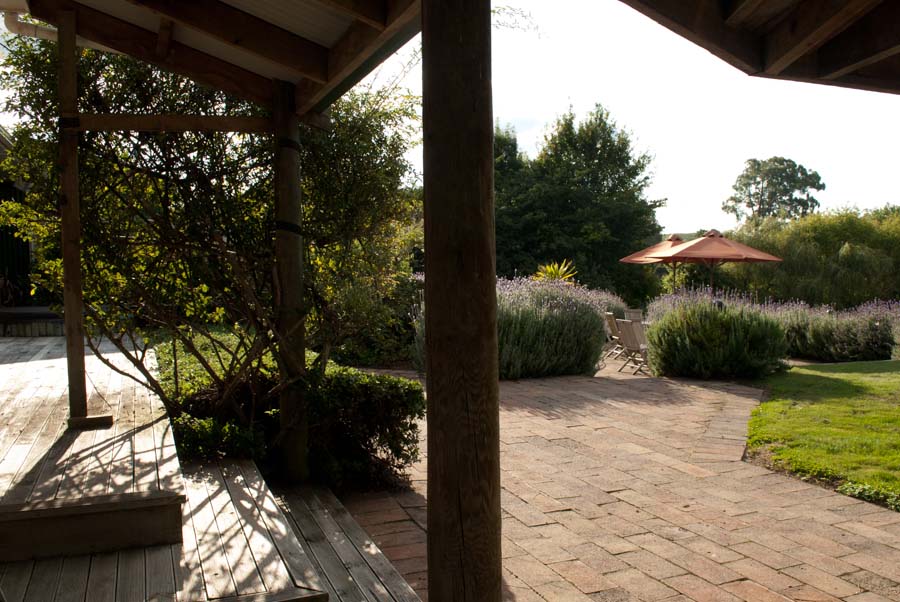 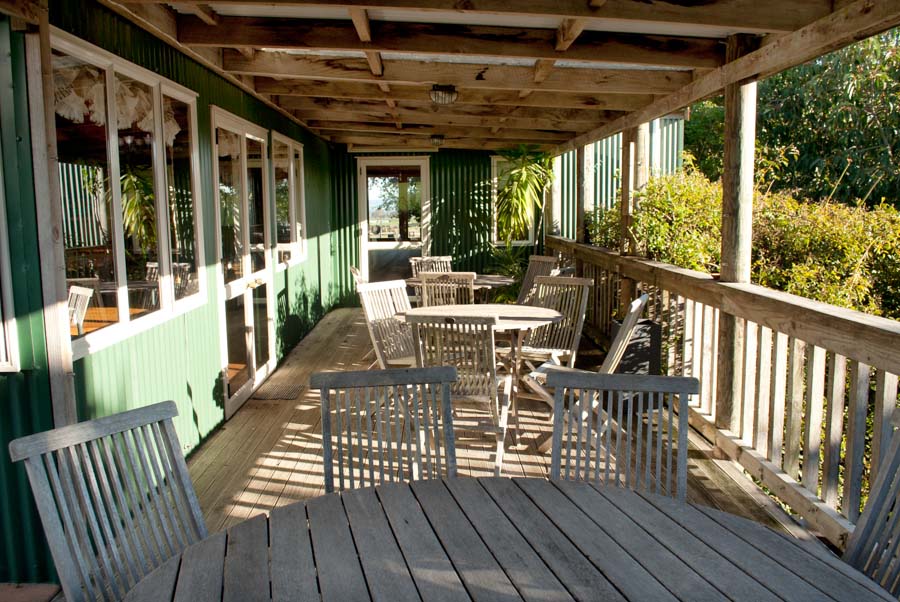 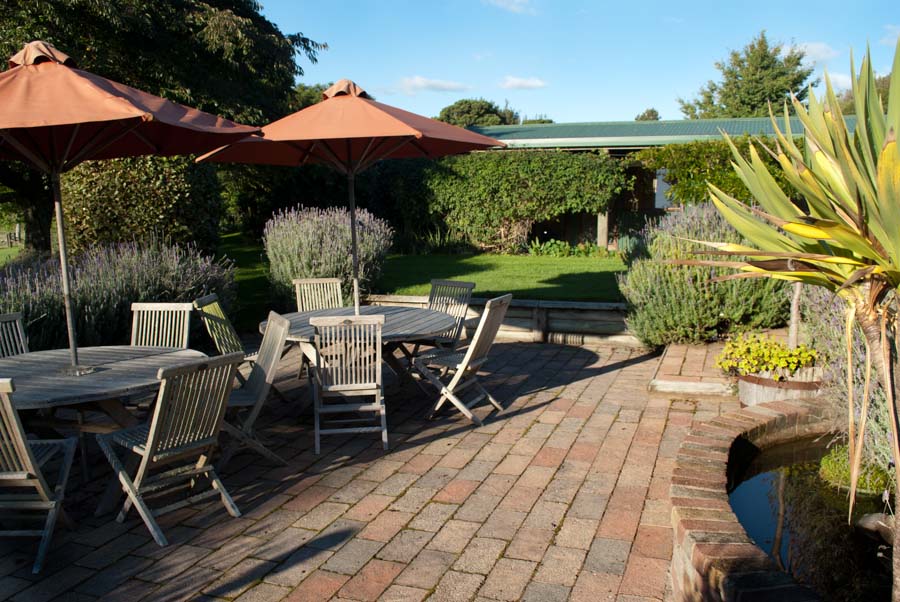 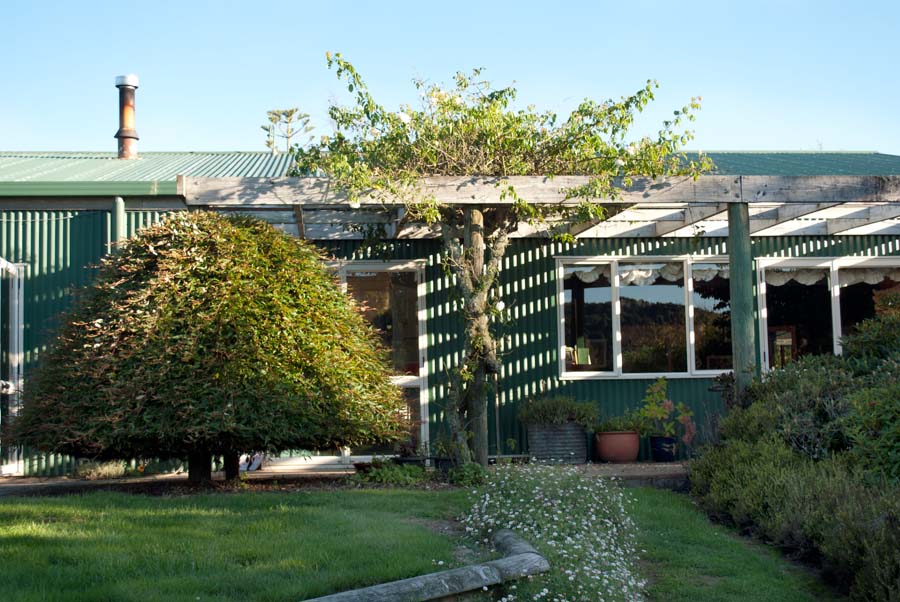 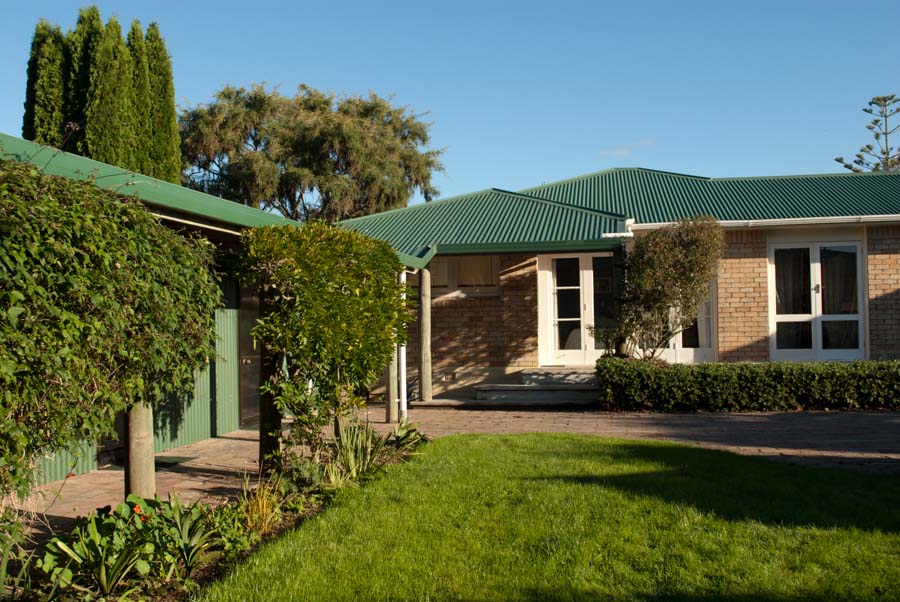 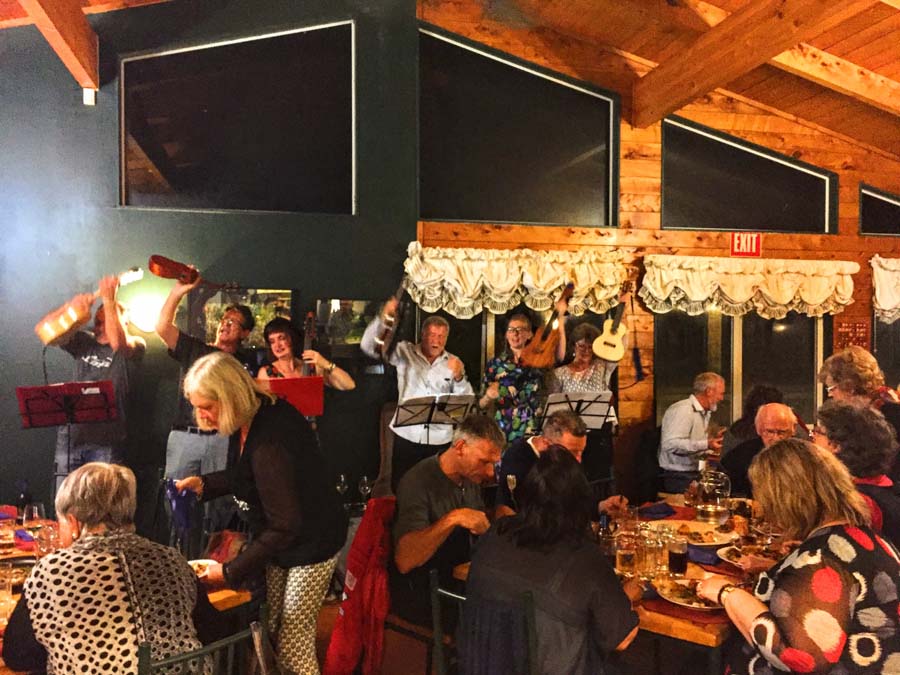 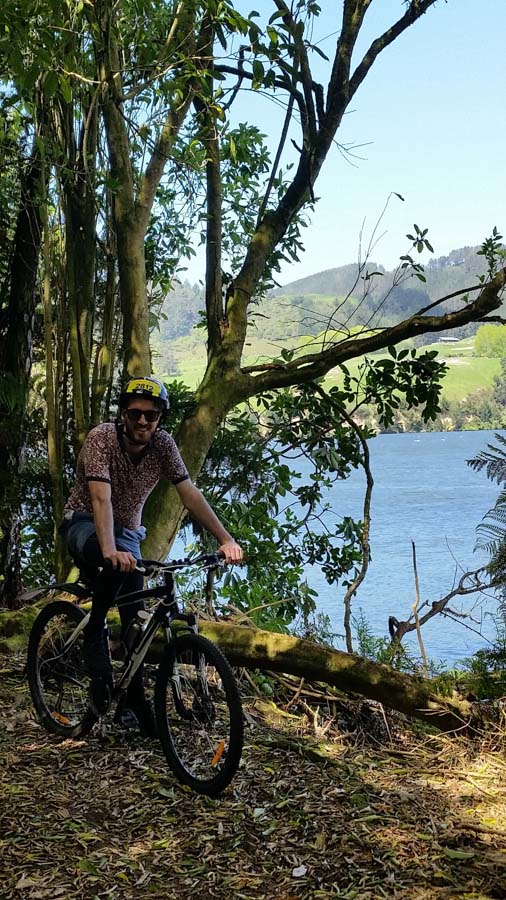 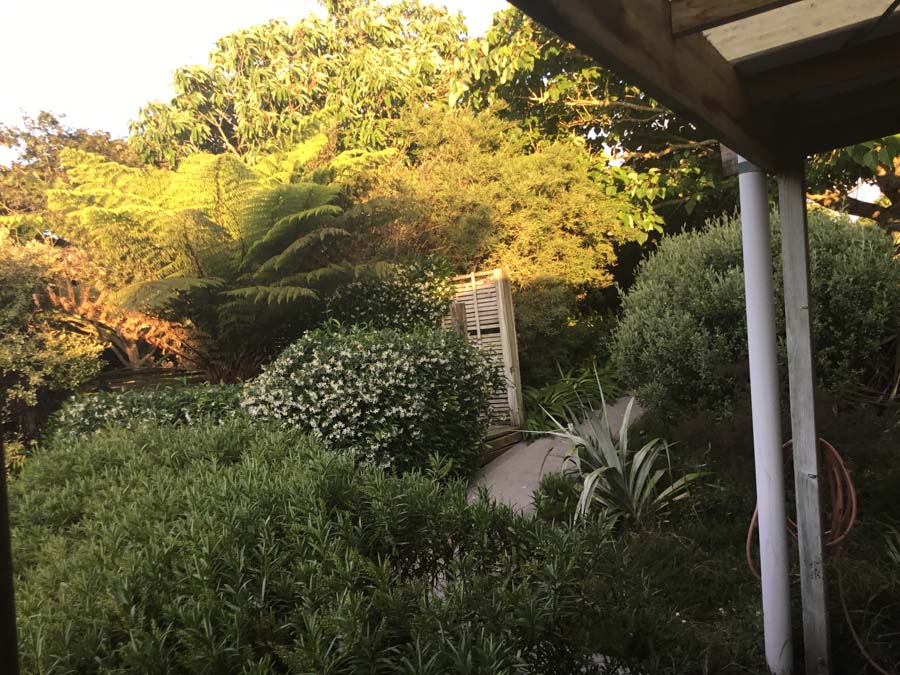 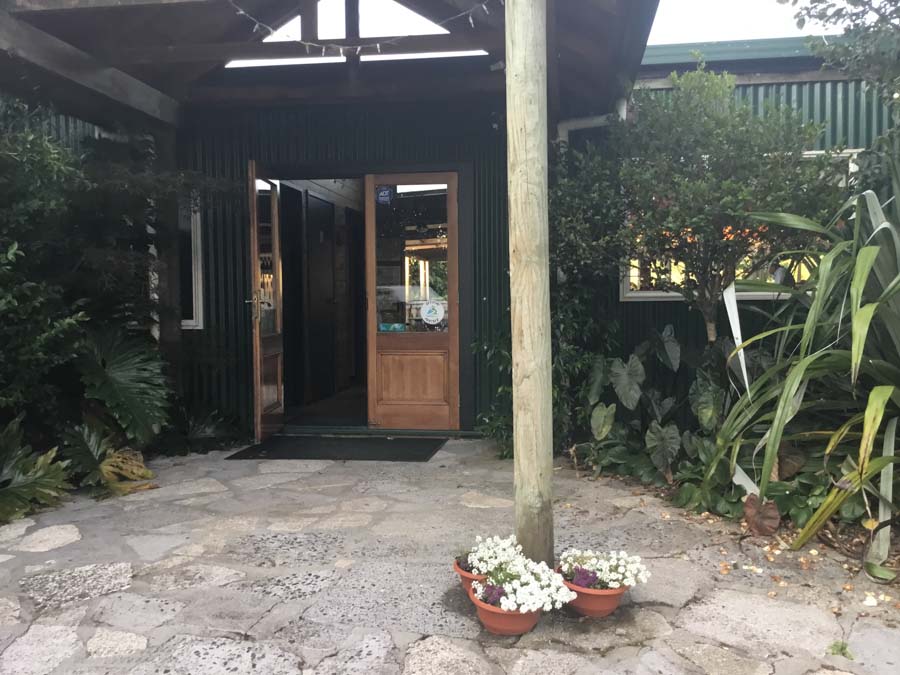 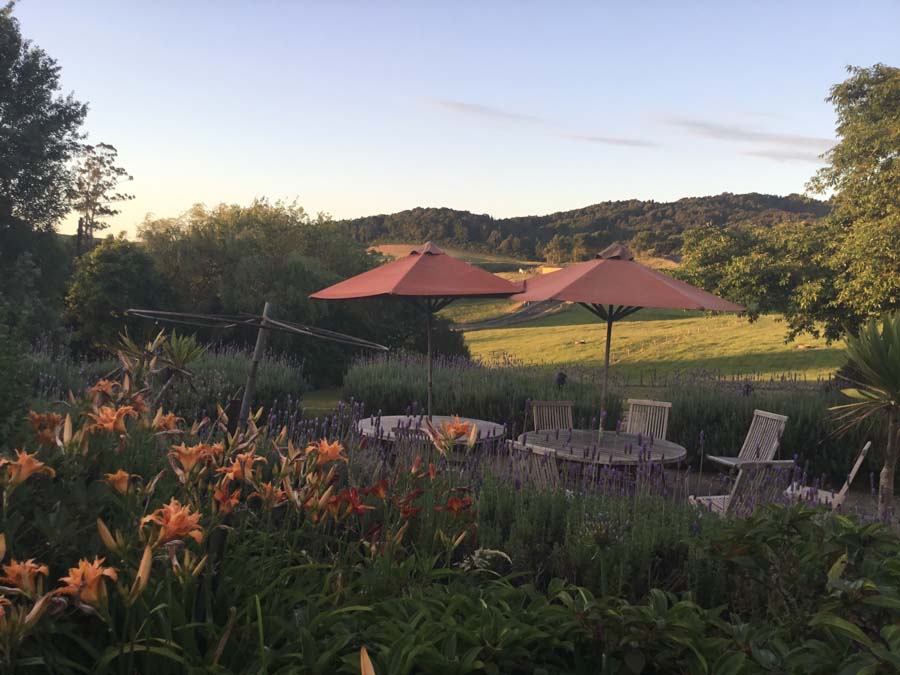 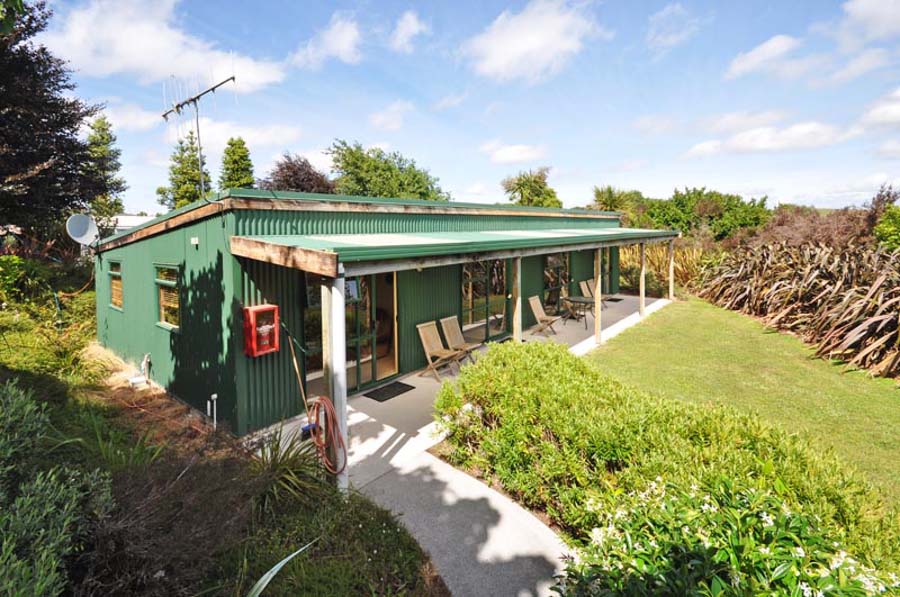 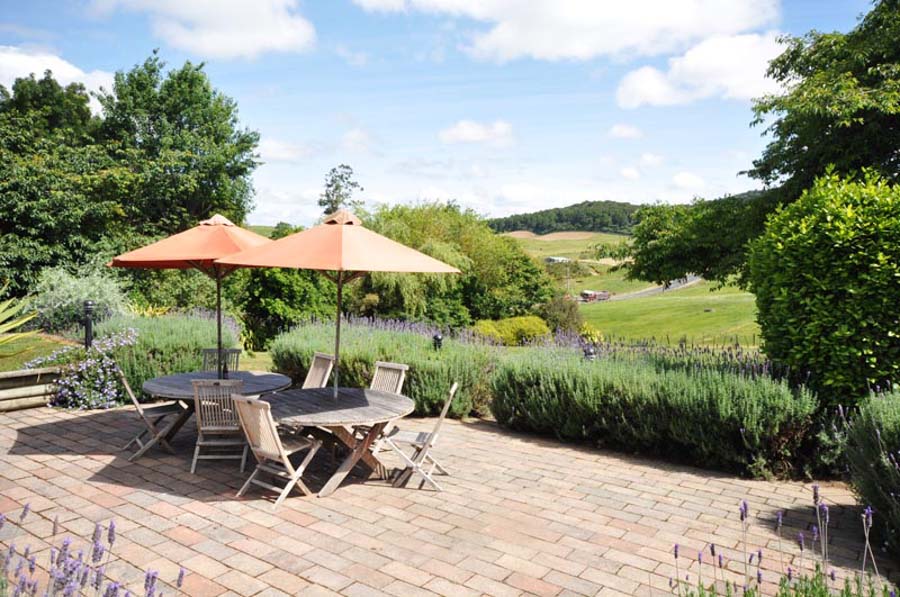 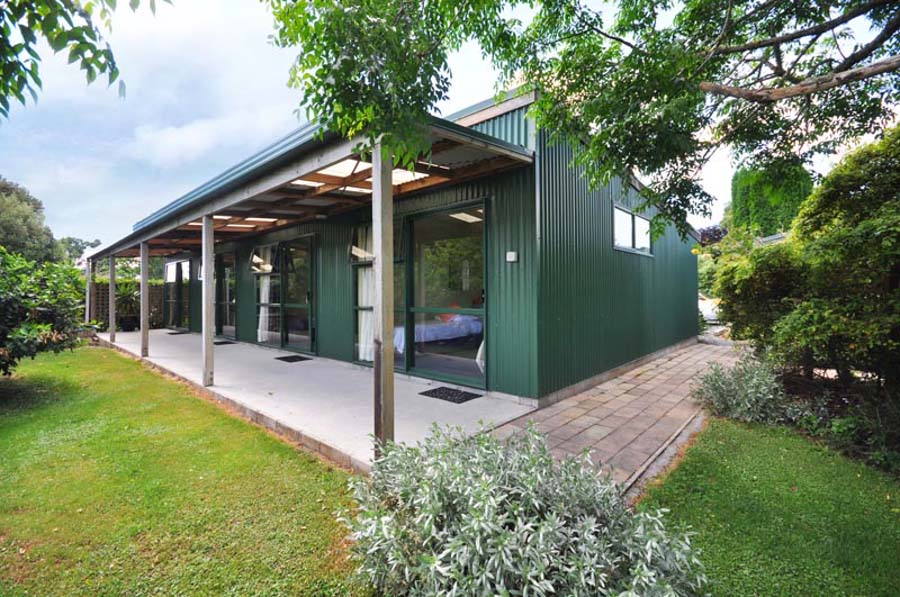 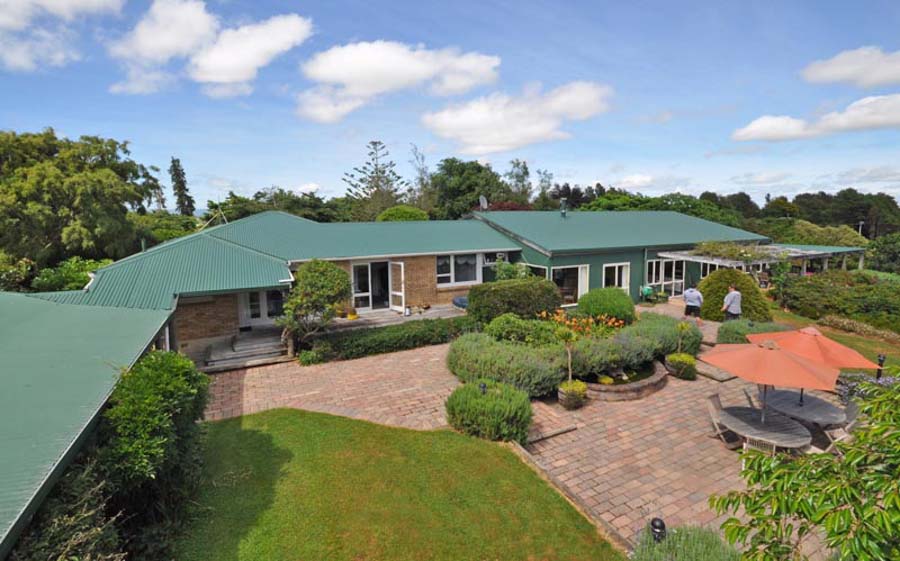 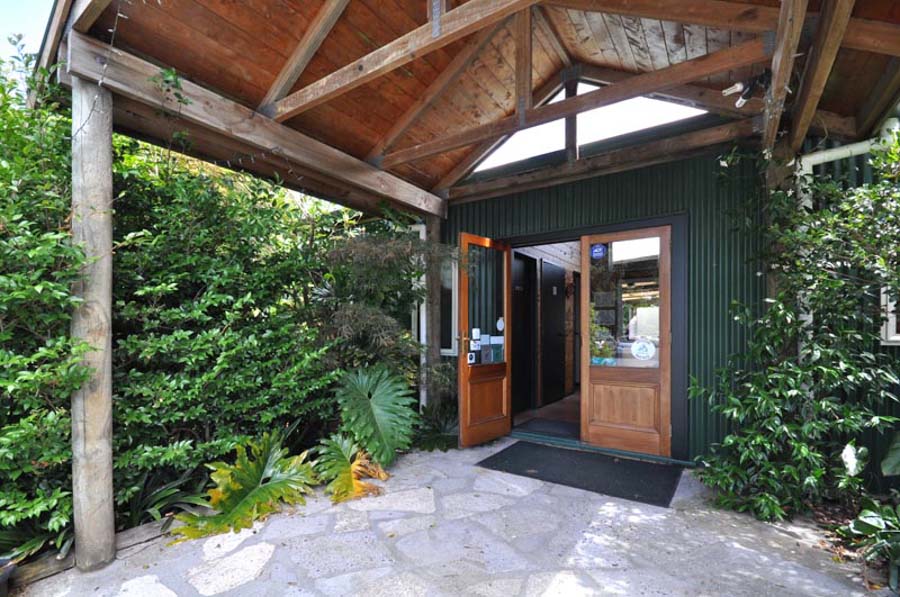 Our Place in Central New Zealand

In barely more than an hour you can be sampling the thermal Rotorua delights, heading underground at the Waitomo caves or checking out the surf action at Mt Maunganui beach, sipping a cold beverage on the shores of Lake Taupo. We are central New Zealand, explore it all from here!

“You’ll see it from miles away” says my helpful companion, stabbing the AA map just SE of Cambridge where the Waikato River bends a protective elbow around the Maungatautari mountain. I’m not convinced until I spot the ancient volcanic peak- it’s a modest 797 metres – and I’m prone to getting lost. But somehow, 200km and some scary patches of freezing Waikato River mist later, I drive into Pukeatua and a warm welcome from Lance & Mary Hodgson at Out in the Styx Café and Guesthouse. Until recently Pukeatua’s only claim to fame was New Zealand’s biggest rhododendron – in the grounds of the local primary school, just over the road. But now small-project forest restoration volunteers like me are beating the path to this undiscovered corner of the Waikato and its cosy B&B for relaxation and mountain inspiration. Metre by metre 3400 hectares of Maungatautari’s forest clad flanks are being closed by a 50km, stainless steel predator-proof fence to exclude cats, rats, possums et al and allow native plants, animals and birds to recover. One day Maungatautari’s dawn chorus will be deafening and birds will spill out from the forest into a 70km halo of surrounding countryside like fish from a marine reserve. Impossible? Some say so – scientists and DOC experts among them. But the Maungatautari Ecological Island Trust – basically a group of damned determined locals – has already built 20km of fence and aims to close the $14million circle by mid-2006. At which point, wham! Curtains for the pests and welcome home saddlebacks, kokako, kiwi, even tuatara, native frogs and giant weta, all of which were once abundant here. An 800m aerial walkway 20m up in the canopy is already being designed. The world will become Pukeatua’s mountain. Maungatautari has a testing backbone track that takes six hours and Lance Hodgson, and ex-farmer and local knowledge fount, drops walkers off to the far side for a $10 fee. But I’ve come to experience the 65 hectare southern mini enclosure – fenced off in October 2004. I dump my stuff in my gleaming, elegantly decorated unit, pausing for a quick cuppa from the shared kitchen just along the verandah – gulping it while gazing at the mountain. A short drive up a metalled access road and there she is, fine meshed, flat capped fence of my dreams, marching up a hill and down dale along the mountains thickly forested perimeter, Not even the sneakiest possum or cat can spring across for lunch.
Once inside the electrically operated double door gate (the entire fence will be electrically monitored? And I’m back to the future, in an ancient podocarp forest of rimu, pukeatea, rewa rewa and rata. Trees so tall you get dizzy looking up. The green cathedral has a winged choir of kereru, tuis, bellbirds and grey warblers. There are two loop tracks, both together easily completed in two and a half hours – with stops for sitting in dappled light and listening. Weed free, the forest is primeval, gloomy and dankly fragrant. Ferns, fungi, young nikau, lancewoods, plus dozens of native seedlings are springing up in it’s newly pest free understorey. A Botanists heaven. Birds have already benefited from one pest-free breeding season – their insistent singing just a taste of things to come. Well metalled tracks are policed by dancing fantails with backup from black-capped tomtits. There are bird feeding stations and provision for lights to watch future population of kiwi by. I leave the forest, stepping back into warm sunlight and return to the B&B for lunch. Then a short drive to Arapuni hydro lake just up the road. Lance launches two kayaks – four non-tippy, fat-bellied Minnow kayaks are free to guests – and we paddle across the mirror calm water to a secret inlet on the other side. Soon we’re watching darting Kingfishers and dipping paddles to fracture an exact reflection of the craggy cliff face we’re about to climb – a portion of the 3.7km newly opened Waikato River Trail, part of Te Araroa Walkway. The steep slog kills my legs but the view across a vast green and gold landscape with gleaming river snaking below is worth it. Back across the lake (keen kayakers can do a 22km day trip down the river) and home for one of Mary’s country dinners. A drink at the bar, a warm-up by a blazing log fire and we’re tucking into Thai Pumpkin soup, braised beef shin, five spice chicken, carrots and parsnips in ginger and honey and home-made ice cream. From her organised kitchen Mary caters comfortably for 60. Next day Putaruru and its Te Waihou River walk await – a relaxing 5.2km stroll alongside the most pristine river I’ve ever seen. But tonight a muscle-soothing hot spa under the stars. Out in the dark a duck clacks sleepily but already I’m dreaming of coming back to the singing mountain where kiwi are calling. – Jenny Chamberlain